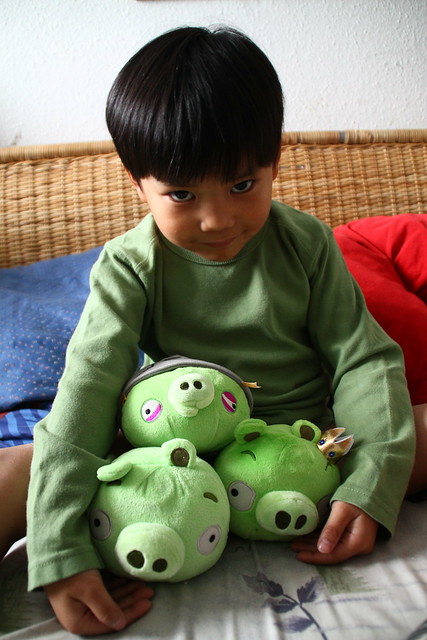 Hubby came home 2 weeks ago with a complete set of angry birds plush toys. The kids were ecstatic…they’ve been bugging him every time on Skype to buy their bird with color choice and boy were they surprised that he did came home with all of them. (Except for the yellow bird and one pig which we found and bought in Nürnberg).

They were building up structures using Lego like those in the angry birds game. They would put the pigs up those structures and throw the birds one by one, just like how the game is supposed to be…you can even hear them imitating the sound effects – lol – both of the birds tweeting or the bricks falling down.

I think the kids would enjoy the fun at an Angry Birds Theme Park in China – which is also a stress reliever for adults. ^_^ 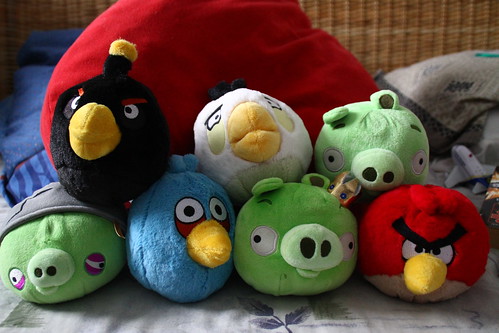 Been looking for the yellow bird but until shooting time, it hasn’t landed anywhere near us. ^_^ Watch this video that I took without he kids knowing while they try to knock down the pigs.

Jenga
Gone to see the Giants…Internet Giants (no.1)
Get a Dose of App Action from Piece Corps
Previous Post Annoying SPAM, Scary too!
Next Post A Simple Campaign: Programmer's Notebook